Top Things to See and Do on the Outer Banks: Lighthouses

Previous Next
Top Things to See and Do on the Outer Banks: Lighthouses

The Outer Banks’ Cape Hatteras Lighthouse with its black and white candy-cane stripes, is one of the most recognizable lighthouses in the world

If you knew someone was coming to the Outer Banks and they had never been here before and asked you, “What are the top things to see when we are here?” What would you tell them?

While exploring favorite things to see and do on the Outer Banks, as residents, our overwhelming response would be “lighthouses!” So let’s start this series with something you see printed on beach towels, coffee mugs and storefront signs…lighthouses.  Yes we certainly have some amazing lighthouses, and many make it a personal quest to visit each one of them.

Did you know: You have an opportunity to climb these beautiful Outer Banks icons seasonally. They’re not for the faint of heart, but the view from the top is unbelievable.

The Currituck Beach Lighthouse towers above Whalehead in Historic Corolla Village and still functions as a guide for passing mariners. At 162′ feet tall, the light from this unpainted red brick lighthouse can be seen for 18 nautical miles. The color was intentional to stand out from other lighthouses on the Outer Banks.

Not to miss: Take a tour to see the Wild Horses of Corolla. Descended from the Spanish Mustangs shipwrecked here over 400 years ago, these wild horses roam freely in Corolla, and found mostly on the 4-wheel drive area of the beach. You can also visit the Corolla Wild Horse Museum in Historic Corolla Village near the lighthouse.

The Bodie Island Lighthouse is located just south of Nags Head and Whalebone Junction enroute to the Oregon Inlet and incredible new Basnight Bridge on the Cape Hatteras National Seashore. Visitors travelling towards Hatteras Island are compelled to stop at the black and white striped structure, as it peaks out over a line of dense trees on the soundside. Don’t skip the boardwalk out to a viewing platform where migratory waterfowl and seasonal visitors congregate.

Not to miss: Pea Island National Wildlife Refuge, where you can explore the beach side and the sound side on trails. From the parking lot you can still see remnants from the stone foundation of the famous Pea Island Lifesaving Station (USLSS Station #17) that was commanded by Richard Etheridge. Etheridge was the first African-American keepers of a U.S. Life-saving Station and commanded the only all African-American crew. Richard Etheridge was born a slave on January 16, 1842. Also, visit the Pea Island Cookhouse Museum in Manteo. Which leads us to the next lighthouse many times overlooked…

Small in stature, but big in maritime history is the replica of the Roanoke Island Lighthouse that sits 40 yards out on Shallowbag Bay. Originally two other lighthouses carried the name which sat at the southern end of the Croatan Sound in the fishing village of Wanchese on Roanoke Island. Local sailors and fisherman could find safe passage to the island with help from this little light.

Not to miss: Adjacent to the lighthouse is the Roanoke Island Maritime Museum based in the Creef Boathouse. The Boathouse is named after George Washington Creef, a local builder who developed the Shad boat in the 1870’s.

The Cape Hatteras Lighthouse, with its black and white candy-cane stripes, is one of the most recognizable lighthouses in the world. Protecting one of the most hazardous stretches of the Atlantic Coast, from this sandbar we call the Outer Banks. Its beam of light that spans 20 miles into the ocean, the lighthouse is also  there due to the changing shoreline. Remarkably the world’s tallest brick lighthouse reaches 208′ feet tall, and was moved 2,900 feet in 1999, including the two keepers’ quarters and outbuildings.

To reach the Ocracoke Lighthouse you’ll need to hope on a ferry and head southwest from Hatteras (ferry schedule here). This little 65′ lighthouse is the oldest operating lighthouse in North Carolina, and the second in the USA. It’s beacon can be seen up to 14 miles into the Pamlico Sound and Atlantic Ocean. Once on Ocracoke Island, it’s easy to reach via bike, or golf cart. There is no climbing, no gift shop, just a stop for a photo-op of this historic white brick pyramid lighthouse.

Not to miss: Ocracoke Island has come back from the brink after massive hurricane devastation and is stronger than ever. There’s so much to do on this quaint island, like kayak tours on Silver Lake (the harbor), fishing charters, kite-boarding, shelling on nearby Portsmouth Island, or see where Blackbeard the Pirate met his demise in a bloody battle.

Another Outer Banks lighthouse, but least visited since it’s not accessible, is the Diamond Shoals Lighthouse. Visitors on an offshore fishing charter may pass this landmark. It is submerged into 50′ foot-deep Atlantic waters, the Diamond Shoals Light hovers approximately 120′ feet over the water, and after Hurricane Fran damage was decommissioned and was purchased privately. 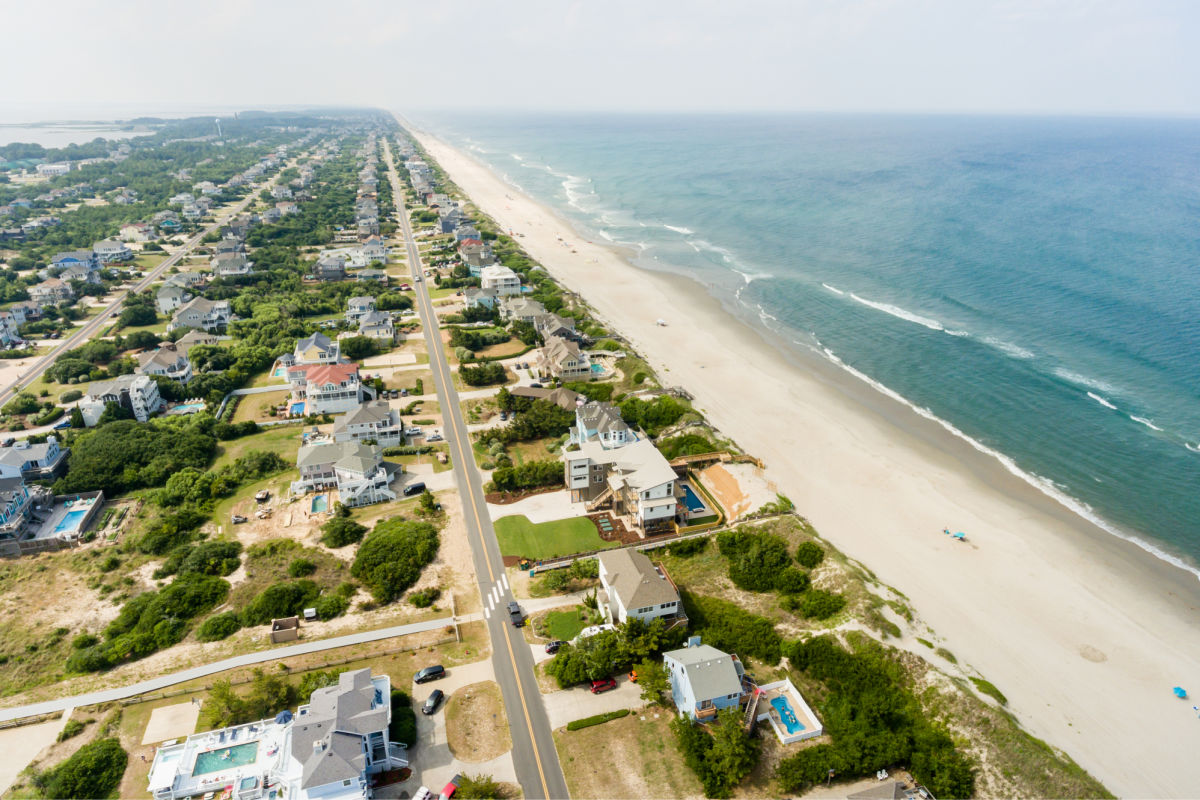 Whether visiting or living on the beautiful Outer Banks, there is so much to see and do! 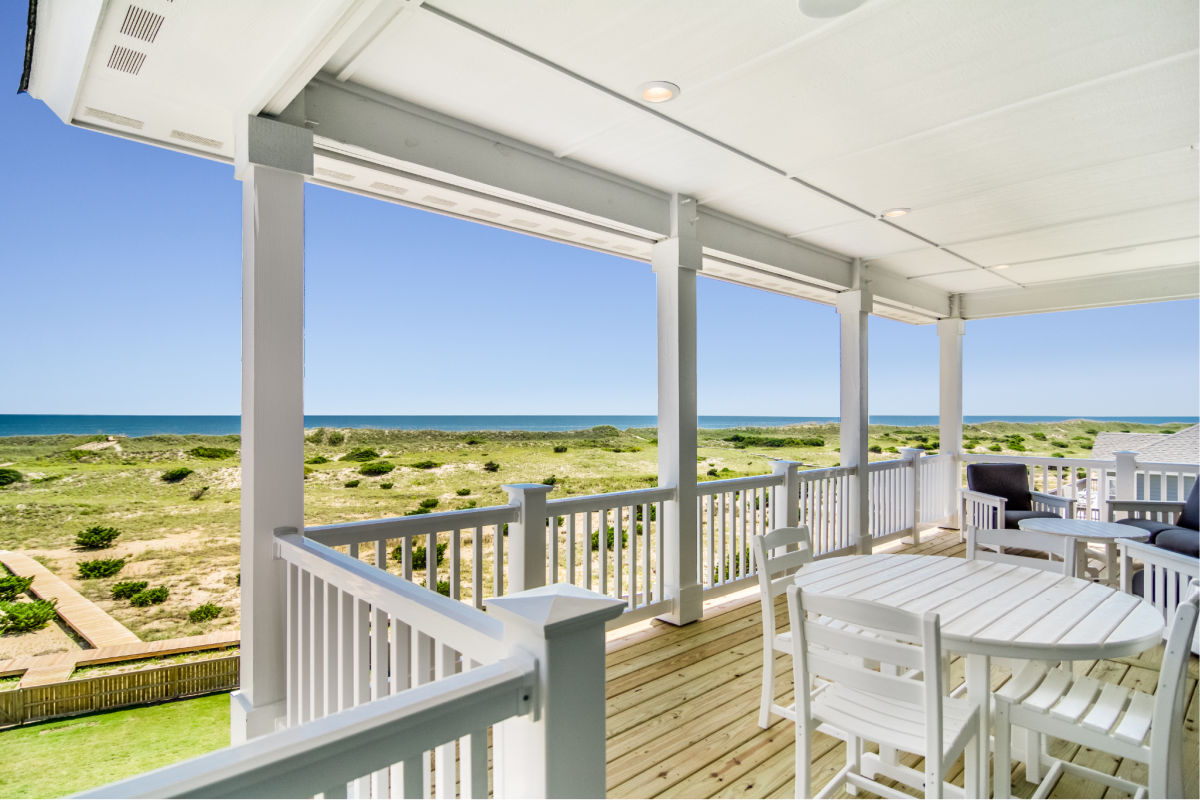 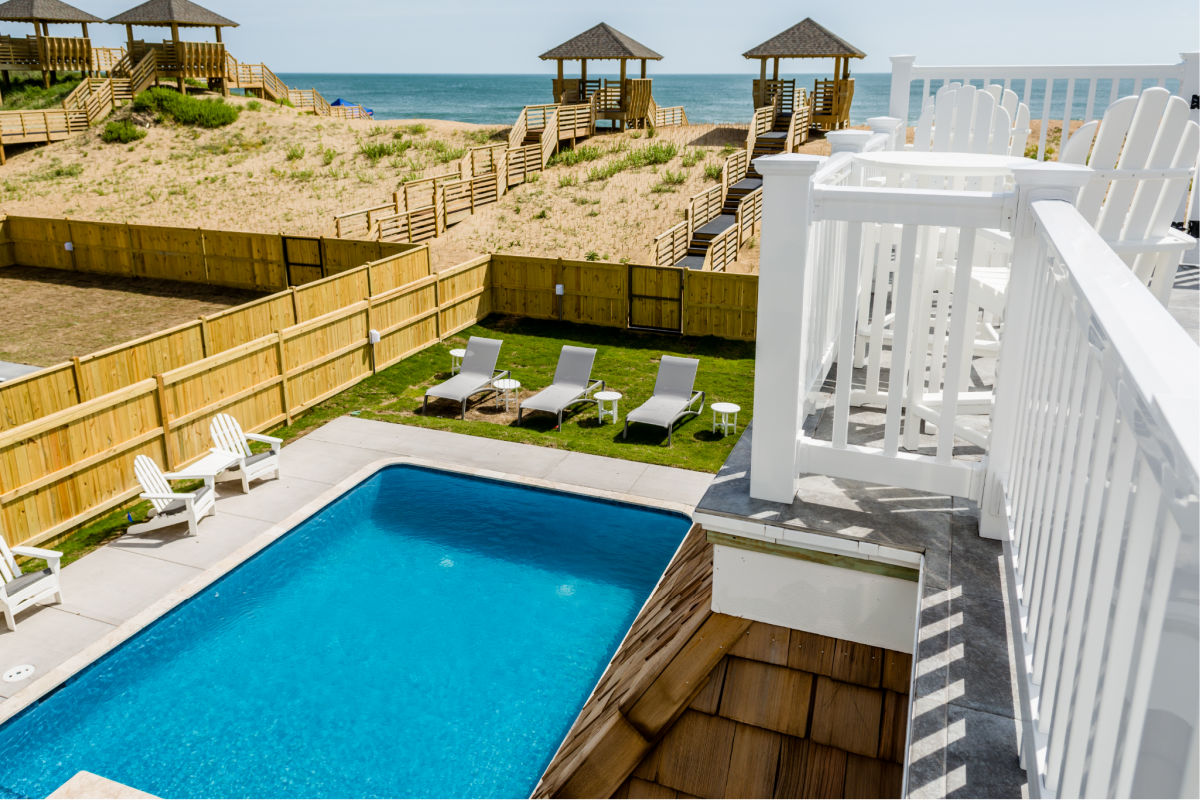 If you would like to learn how to make the Outer Banks your full-time residence, second home or as an investment opportunity, just give us a call at 252.301.3090 or click below.

Generations of families keep coming back for the laid back lifestyle here at the beach and fabulous less commercial things to see and do. Feel free to search all Outer Banks homes and land for sale from the OBX MLS here. Also, we can build any of our homes on your lot starting from $187,800, explore our floorplans here.